Everyone involved in the production of the first season of Forever Home donated their time and talent without hesitation. Our crew has a passion for animals and many have volunteered with rescue groups in the past or are currently volunteering. Our series would not be the same without the immensely talented people involved! 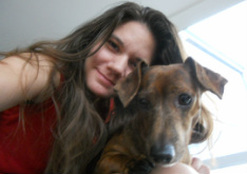 Lisa has been telling stories her whole life. A southern girl at heart, she moved to New York City to pursue her passion in filmmaking. She has since worked on 30 plus feature films, corporate videos and short films. Her own short film, Layla's Millstone, was accepted into the Short Film Corner at the 2010 Cannes Festival. In 2014 she wrote/directed/produced the award winning short, Foster Dog.  Her passion for working with animals was the inspiration behind the Forever Home Series. 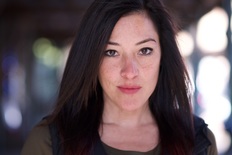 For years Kat had tried to figure out how to combine her love for filmmaking with her passion for animals and their well being. In 2012, during winter hiatus from her job on PERSON OF INTEREST, Kat went to Virginia to receive her license in Equine, Canine & Exotic Animal massage therapy. By doing so she began working as an on-site animal wrangler for television and film on productions such as THE KNICK.

This work eventually led her to Lisa Alonso Vear and her film FOSTER DOG where Kat wrangled and massaged the cast of dogs and played the voice of the Shiba Inu. A dream experience. The ladies stayed in touch and when Lisa approached her with her scripts and plan for her next project, FOREVER HOME, everything leveled up. Finally what Kat had been looking for with combining film and fur friends made itself clear. Not only would animals be cared for, their lives would be saved, through art. What could be more beautiful than that?

Having spent years as a magicians assistant, a dancer & actress with roles on SNL, ALL MY CHILDREN & ELEMENTARY, experiencing the thrill of performing at Radio City... all of her work has been exciting and a thrill.

But nothing for Kat has been more meaningful or rewarding than being a part of FOREVER HOME. She would trade all her other credits in to help save animals for the rest of her life by using her talents in the arts.

She thanks the cast and the crew for their passion and dedication towards this project, she thanks the volunteers who share their knowledge and their time, she thanks Lisa for her concept and her invitation to be a part of this series.

And mostly, she thanks the animals. These beautiful creatures who want to do nothing but love us and be loved in return. Who look at us with eyes that somehow seem to totally understand us. Who all deserve to have a forever home.

Ignacio was thrust into producing, assisting and production accounting in the short film, Foster Dog. He has happily taken all that he learned from that experience and channeled into Forever Home and stepped into many roles in order to make the day.
​ 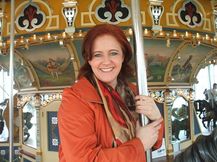 Laurie is a busy New Yorker. When she isn’t working full time, she’s making films and can be found frequenting Broadway shows, guiding people around the city or…working on someone else’s film. Laurie has lived in both LA & London, although she is originally a Minnesota farm girl, she fancies New York as home. Her passion for travel, the arts, acting, helping people and making it happen are what has lead her to filmmaking. Laurie has produced a variety of short films, a feature with another in development and recently produced the short film In-Kind, which is currently on the festival circuit.

Travis Dover
​Director of Photography
Travis loves getting a great shot, but he is also an animal lover.  Our cinematographer recently moved from Austin, Texas where he worked as a dog sitter.  He moved to New York City in the beginning of 2016 to work full time on film/video projects and is currently working with Bernard on a street interview style show called Bernard in the City.  Travis is grateful for everyone who helped make FOREVER HOME a reality. 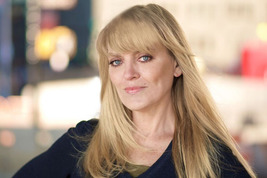 Lynn Spencer
Animal Coordinator
Lynn is so happy to be working with director Lisa Alonso Vear on the series "Forever Home,"  their second collaboration, having had one of the few "human" roles in Lisa's prior award winning short, "Foster Dog."  In addition to her role as Gladys in the series, Lynn has taken on an important role in Forever Home as one of the coordinators and liaisons for the animals and rescue groups. As a dedicated and hard working volunteer for A Pathway to Hope, a 501c3 animal rescue group, Lynn is extremely proud and grateful to be a part of this series which will surely save precious animal lives.  Saving animals and chasing laughter would be her true spirit: www.lynnspencernyc.com 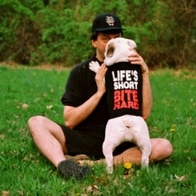 My first Dog was my inspiration for starting Zen Dog Photography.
She taught me to live in the moment and enjoy the simple things in life.
I try to reflect that in my work, whatever the subject matter may be. 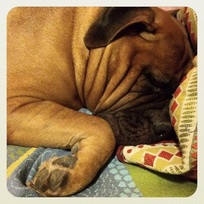 Melissa has been photographing people for over 25​ years as a portraitist and wedding photojournalist.  Barking Photo was founded in 2005 by​ combining the things she is most passionate about-animals and photography.
​Melissa has worked at animal hospitals for over 10 years, fostered many dogs, and spent many hours volunteering at her favorite rescue organization, BARC Shelter, in Williamsburg, Brooklyn. ​Melissa is committed to helping animals find forever homes and capturing their personalities and beautiful spirits in every photo.

Gina C. Gabrielli
Set Pet Groomer
Gina was born and raised in central Massachusetts, where she attended Walnut Hill School for the Arts for grades 9-12. She majored in Voice and Opera Performance in high school, as well as at Syracuse University, where she graduated Magna cum Laude with Honors in Voice Performance. Her first professional acting and singing experience was for 2 summers in North Carolina in an outdoor historical drama called The Lost Colony, between semesters at Syracuse.
​
Very shortly after graduating, she moved to NYC, where she became involved in many short films and other projects, and eventually decided to focus on acting. In 2012, Gina began thinking about ways to get more involved in one of her other loves- animals! She studied Pet Grooming and became a Certified Pet Groomer in July 2013. She now works at a grooming shop on the Upper East Side, and does a great deal of pet sitting and boarding at her home.
Gina became involved in the Forever Home Series when she was contacted by fellow actor and animal lover Kat Scicluna. She was very happy to help out by giving a cleanup grooming to Beau, a black spaniel mix, who was featured in one of the episodes! 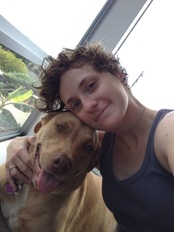 Christa Artherholt
Editor
Christa is a Brooklyn-based editor hailing from the San Francisco Bay Area, which influenced her love of fusing tech nerdiness with visual creativity.  She spearheaded post production for the Academy Award-winning short documentary Strangers No More, and the Emmy-nominated HBO series, MASTERCLASS.  Christa has also worked on projects for NBC, MTV, HGTV, Travel Channel, CNN, and Showtime.  She is the editor of the indie shorts, Out in Alabama, Are You Afraid of the '90s?, and Foster Dog, for which she won an editing award. 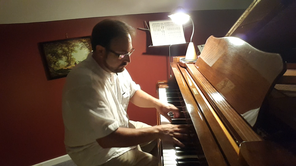 Dean is a dog-loving composer of film and multi-media. He has been composing and playing by ear since he was 8 and pursuing music professionally for over 18 years. His repertoire ranges from; full orchestral, chamber, choral, electronic, ambient, and ethnic soundscapes. What inspires him to compose can be traced back to the story, passion, and hard work that goes into a project.

So, if you're looking for someone you can trust, easy to work with, and will deliver fantastic music that respects your vision...Dean is your guy.

Leonard Wolf
Composer
(Theme music and Episodes 1-3)
​
Leonard has decades of experience in studio keyboards, composing, sound design, audio engineering and mixing for all media. He's won 4 Emmys among many other awards.
As a songwriter he has had songs cut by Vince Gill, Della Reese, Gospel great Shirley Caesar, Jazz singer Jaimee Paul, and others both here and in Europe.

He is equally at home with an orchestra, as a solo pianist, or as a one man rock band playing guitar, bass, and drums.
Working alone and armed only with a laptop, he can compose, sound design, perform and mix anywhere in the world.