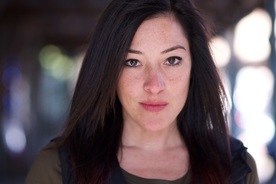 Kat Scicluna
(Lizzie Borden)
​Kat  is an actor and entertainer trained in improvisational comedy through the long form program at Upright Citizens Brigade. She has combined her professional training in improv, vocals and dance in a variety of mediums including theater, film, and television as well as in the world of magic where she has joyously vanished into thin air and dodged swords for nearly a decade as a magician's assistant. 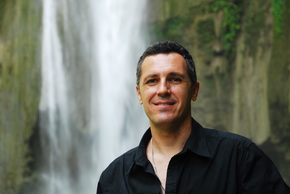 Ignacio Alonso Vear
(Gustavo Garcia Perez)
Ignacio may not be a trained professional actor, but he is continuously being solicited for his onscreen presence.

Ignacio can be seen as a ghost in the Philippine short, Elevators; a serial killer in The Gentleman Killer; part of a faux foreign film for Bradley Tenchavez's Philippine music video; a foster Dad in the short film, Foster Dog and now can be seen in Forever Home web series.

Ignacio was born and bred in Barcelona, Spain. His love of traveling led him to his wife and his love for his wife led him to NYC where they now reside. 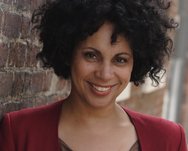 Eren T. Gibson
(Judy Davidson)
Eren is an Aspen, Colorado transplant who now calls New York City home. Daughter of the critically acclaimed architect, David Gibson, Eren has lived and traveled throughout the United States and Europe. Equestrian and skier, a graduate of Oberlin College, Eren is fluent in English, Italian, French and Spanish. She is a trained and experienced actress, comedienne, writer and director. Eren was a finalist for MTV DJ search, considered numerous times as a hostess/spokeswomen for the Food Network and Discovery Channel, The Travel Channel and other networks. She has performed her one woman show and stand up in major comedy clubs and has run her own comedy room on the Upper West Side. You can find out more about her through her website www.erentgibson.com ​. 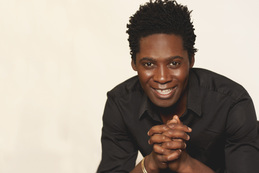 Bernard Eliot Davis
(Bernard Eliot)
Bernard is a NYC based actor that has been featured in more than a dozen theatrical productions and films. He helmed the lead in Sheron Dayco's movie project, TELEGRAM and has also had roles in BEST WORST DAY, LAST CALL BEFORE SUNSET, LIKE THIS and LAYLA'S MILLSTONE.

Lynn Spencer
(Gladys Franklin)​
Lynn is so happy to be working with director Lisa Alonso Vear on the series "Forever Home,"  their second collaboration, having had one of the few "human" roles in Lisa's prior award winning short, "Foster Dog."  Primarily a comedic actress, Some of Lynn's favorite roles have been Candi Cork in "Pageant Pom Mom" (a comedic web series), Vallerie in the SAG 2012 comedy pilot "A Change of Plans", and on stage,  Darcy Applebaum in "Daguerreotypes," part of the 2009 Midtown Theatre Festival and Candy in "The Party" in the 2008 "Vignettes for the Apocalypse" festival at the Gene Frankel Theatre. However, her dramatic roles as Patricia in "Una Calle Sin Salida" ( a 2010 highly decorated festival circuit SAG short and Cannes entry) and Lucy in the 2011 SAG short "Not Dark Yet" are also close to her heart, as well as her three seasons on "Boardwalk Empire" as one of Al Capone's regular prostitutes.  Lynn is excited to have been cast for the second year in a row to read a pivotal part in the winning screenplay for the Garden State Film Festival 2016 at Resorts in Atlantic City. As a dedicated and hard working volunteer for A Pathway to Hope, a 501c3 animal rescue group, Lynn is extremely proud and grateful to be a part of this series which will surely save precious animal lives.  Saving animals and chasing laughter would be her true spirit: www.lynnspencernyc.com 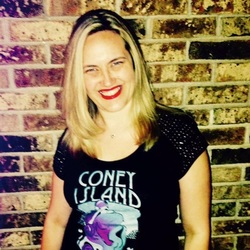 Megan Bernard
(Karena Karlson)
Megan is a performer and writer with a background in singing and dancing. She has performed in NYC in various plays and short films. She studied acting as a teenager at Center for Creative Youth at Wesleyan University in CT and at Educational Center for the Arts in New Haven, CT. Megan received her BA in theater from Manhattanville College, Purchase, NY. Post college she studied at The Gaiety School of Acting in Dublin, Ireland. Some of her favorite experiences performing have been playing Ophelia from Hamlet, playing Hot Young Grandma in a comedy short called Hot Young Grandma and performing her one woman show called Life in Limbo at The People's Improv Theater solo show class performance. Megan also runs her own dog walking company called Megan's Mutts. She feels honored, privileged and grateful to be part of this phenomenal web series that is for such a great cause! 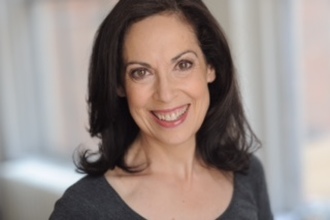 She started the business when the last of her three dachshunds passed away in 2010.  Some of her clients also foster dogs from The Sato Project in NY which rescues dogs from Dead Dog Beach in Puerto Rico.
At the end of the day when all is said and done she is very happy to curl up with her fourth dachshund, Coco. 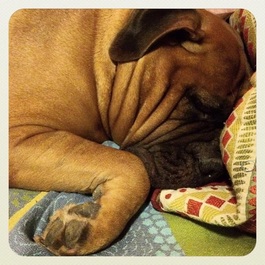 Melissa Wieddeman
(Melissa)
Melissa has been photographing people for over 25​ years as a portraitist and wedding photojournalist.  Barking Photo was founded in 2005 by​ combining the things she is most passionate about-animals and photography.
​Melissa has worked at animal hospitals for over 10 years, fostered many dogs, and spent many hours volunteering at her favorite rescue organization, BARC Shelter, in Williamsburg, Brooklyn. ​Melissa is committed to helping animals find forever homes and capturing their personalities and beautiful spirits in every photo. 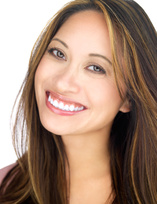 Cyce Sadsad
(Lyla)
Cyce works in film, television, new media, and theatre, and has held lead and supporting roles on independent features and shorts and a principal role in a national spot for Monster.com. She is credited as Random Guy’s Girl on My Best Friend’s Girl and was featured on The Proposal and Law & Order: Special Victims Unit “Undercover”.
Before moving to New York City from Boston in 2008, Cyce had trained with The Brookline Academy of Dance and danced with The Goldstar Dance Troupe for the Boston Celtics, modeled in several fashion and hair shows and appeared in Sports Illustrated, performed as a singer in a jazz band, and was seen in H.M.S. Pinafore.
Cyce made her New York stage debut in Sex, Relationships, and Sometimes… Love followed byMelodrama Play with the Michael Chekhov Theatre Company and Let Us Go Out Into The Starry Nightwith the Malisa Theatre Academy. She is a Stella Adler Studio alumna and currently a member of The Actors Project NYC performing in Off-Broadway showcases a few times a year.
“I am thrilled to be a part of the amazing cast and crew of Forever Home!”
For more information, please visit her at www.cycesadsad.com. 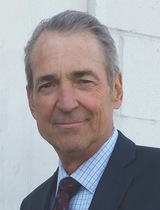 Don Grodt
(Arthur)
Don has had a long, multi-faceted career as a graphic designer and art director in advertising and is currently enjoying a full-time second career as an actor.
He has a B.F.A. degree from Pratt Institute and studied acting and voice-over technique at HB Studios, which has led to many featured roles in television shows, films and commercials.
Don lives in Cobble Hill, Brooklyn with his wife Delia.

“I’ve worked on a lot of big and small-budget productions, but none are closer to my heart than ‘Forever Home’. Many thanks to the cast and crew for their involvement in this worthy cause.” 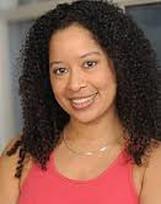 Cassandra Palacio
(Veronica)
Cassandra is a native New Yorker and a working actor in the Big City.  She enjoyed working on Forever Home being an animal lover herself, this is the best of both worlds.  Some of her other credits include: HBO's In Treatment, Hope and Faith, Snuggle.  Sweet Charity, Dream girls,  Annie Get Your Gun & Oklahoma. She is a Rockette alumni with Radio City Music Hall. 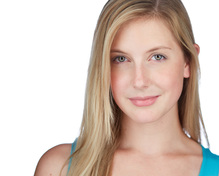 Meghan VanArsdalen
(Janice)
Meghan is a New York based actor who recently graduated from the M.F.A program at The New School for Drama. Some of her favorite roles from NSD include Caesar in Julius Caesar, Moth in Love's Labour's Lost  and Ashley in An Inferno.
Proudly powered by Weebly